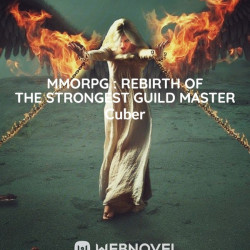 In 2100 at the turn of the century the first full dive VMMORPG game 'Omega' was released With its breathtaking graphics and possible adventures many players flocked to the game,but it all changed when the fun game currency had equated a real life value ......starting the money rush!Elite players made guilds and continued to rise but those at the bottom could only suffer in silence.Rudra was such a bottom rung player, he had excellent reflex and was a great team leader , however his guild wronged him, his efforts only reaped rewards for his superiors . His father was dissapointed in him and his mother died because his family did not have enough money for her treatment.Used as a slave by the guild as a expendable workerclass he died one night when his then best friend pushed him from a flight of stairs over an in - game item.Luckily he had experienced rebirth, and was one step ahead of everyone else. Luckily, He had the chance to get back at everyone who wronged him and help everyone who stood by him.In his ‘past life’, he had spent countless nights awake, in grief and anguish. However, although all of this had been washed away, so what…? This life, he was determined to make a fierce counterattack against fate and stand at the very top!Cover not mine found it on pintrestCover Edited by the very talented Riya Dalal