WuxiaWorld » Xianxia: My Disciples Are Insane 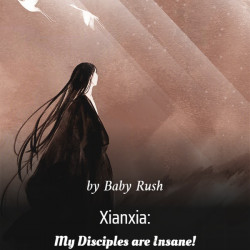 Xianxia: My Disciples Are Insane summary:

After transmigrating through ten years and silently registering his name at the Shanmen for ten years, the system finally issued Ye Changge his first task: to take in some disciples! Disciple One: A very ordinary mortal who carries an axe every day, cutting down trees, carrying water, and usually eats ordinary food. A few years later, Disciple One left the mountain and destroyed the sky and earth as well as shattered the heavens with a slash of his axe... Disciple Two: born evil and with the appearance of a young emperor, he once traveled through the Central Region and suppressed the younger generation, with no one being of match for him... Disciple Three: the reincarnation of an empress. In her previous life, she had fought in a bloody battle to the ends of the heavens and had seen "the other shore"... In this lifetime within the Cangyun Secret Realm, Ye Changge's cultivation had reached a point where he has overcome all worldly thoughts and attained sainthood. "As a teacher, I won't be lax any longer. From today on, in the Eastern Region, I'll have the final say!" Thousands of years later, his disciples left the Eastern Region one after another. They were so powerful that they shook the mountains and rivers. Ye Changge sat on the hill alone and played the piano as he sighed, "My disciples are insane!"

Xianxia: My Disciples Are Insane Chapters