WuxiaWorld » After The Full Level Boss Is Reborn 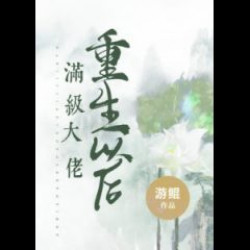 After The Full Level Boss Is Reborn summary:

As the second cannon fodder in a fairy tale, Peiyu was disappointed, used, pushed down to the Ten Thousand Demons Cave, and reduced to a human being and a ghost.In the end, she finally demonized, returned from the Yellow Springs, and got revenge on all those who wronged her.After coming back to life, Peiyu just wanted to be a villain quietly, and by the way, protect her own disused master who laughed harmlessly.…Well, wait! Master, how did you become the strongest sword cultivator? Aren’t you a waste?Huaibo wore a book of fairy tales. The book is not a serious book, the male lead and the female lead are awesome, only the second female is the Virgin Mary.And she became the second female’s master, and at the beginning of the story she died with nothing left.Pointing to the fact that there are still hundreds of years from the beginning of the plot, she decided to practice hard first to become a thigh, and by the way, help the little apprentice to correct the problems of others.Hey? Why is this little apprentice different from the book?Pei·Ruthless·Yu: Master is a waste, I must protect her!Huai·First Jianxiu·Bo: The apprentice is a Virgin Mary, I must educate her well!Crowd, eating melons: Two full-level bosses team up to abuse vegetables, who can survive this?Peiyu originally thought that after a new life, the worst would be the end at the thousand demons cave.But she never thought that there would be someone who opened her hands to her after she was covered with scars after the robbery.She smiled and said, “Hey, I’ll spoil you.”- Description from Novelupdates

After The Full Level Boss Is Reborn Chapters