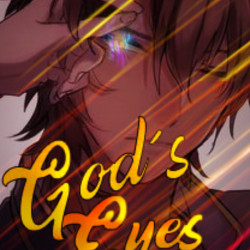 Losing his parent early on and he had to survive in a world he couldnt even see...Living in the age of martial arts and soul bonds under the constant thread of nature, magical beasts, and foreign races, humanity suffered billions of deaths. Being blind and left alone at an early age he was seen as a parasite by the social hierarchy of the new ages.Forced to mature early his train of thought was different from other children and he didnt mind derogatory reviews about him.Nobody wanted a weakling and a cripple as a friend as one had to improve oneself to survive outside the safe cities, where ferocious beasts, foreign intelligent races, and devasting natural disasters raged.The day he awoke his soul was the day he cried in desperation but God played tricks with him as his soul-awakening was a blessing in disguise.Nobody would have thought that Jasons eyes weren't crippled, rather his eyes had yet to accumulate enough mana to awaken.Follow Jason on his adventurous journey throughout the vast worldNote: -This is my first try to write a book/novel. I would be grateful for reviews and much criticism :D-Slow-paced...Dont expect devasted landscapes by a snap with ones finger early on.(I want the readers to understands the Mcs hardships a.s.o)-My main language is not English, please be patient with me.-I know the beginning is written relatively bad and boring. (First battle at Chapter 23) (`)Sorry -Length of each chapter are always around 1300 words +--I don't own the cover. I only edited it.If you are a designer please write me a message and Ill change the cover.https://www.pinterest.de/pin/AVcwOQIXnh1-HlG6z6C9rtI8skBLYRYXMgxHXN-QkRLNWHVcDbYmZnI/