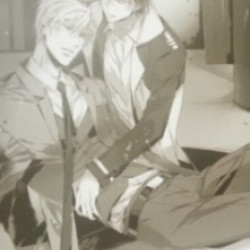 Mason was a mercenary, until the day he died on a mission after being betrayed by his unit.At the same time, there was a Hollywood actor named Haley Lusk. While famous as a child actor, as an adult, he grew addicted to drugs and sex. With a nasty personality and sub-par acting ability, Haley was disliked, yet he still confessed to Noah Raycarlton in front of the world causing him to be hated by most people. Then one day, he suddenly had a heart attack and died.Noah Raycarlton is the young CEO of a big company. Though not a celebrity, his mother was an immensely popular actress. Due to his good looks and kindness, he is loved by everyone. Mason thought he was dead for sure, but he woke up in the hospital full of people he didn’t know. They told him that they were his family and called him Haley. He was so confused, and people told him that he had a heart attack due to overdose and died for a while. He realizes that his soul went inside of this Hollywood actor Haley Lusk, and he decides to live a second life. But because of things that Haley did, he has a difficult time with Noah and other people. Mason finds out right away that in his old life, he knew Noah as a child.