WuxiaWorld » Land of the Gods 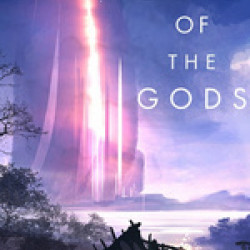 Land of the Gods summary:

/ Fantasy / Land of the GodsFantasy 27 Chapters 14.5K ViewsA dying Earth filled with remnants of humanity after going through many wars and conflicts all because of the sudden advent of a mysterious energy known as the Prima. And from those times, the Primes originated. They were superhumans who suddenly emerged within humanity and completely changed the power scale and balance of the previously ordinary world. However, in the midst of all this, a young sixteen-year-old boy was shunned and looked down upon by both Primes, and ordinary humans, also known as the Primeless. Being seen as a useless Prime by everyone for his inability to use Prima, he decided to overcome all his hurdles and forge his own future instead of waiting to die along with the dying planet. He had only one chance to get off the dying Earth and make his way to the Land of the Gods, Planet Eden, where it was rumored to be like a paradise by passing a mysterious, deadly and dangerous exam where one can even die. He would have to compete against millions of youngsters who would be vying for a one-way ticket to the planet Eden. But to seek the answers he needed and find the meaning of his existence, he was willing to give it his all. Will Arian Cullen make it to planet Eden or die trying? And if he does, would he find that the Land of the Gods was not as simple as he thought? -------------- This novel is listed under the contest "Webnovel Spirity Awards", so all of your votes and support would mean a lot in helping me stand a chance to win. For the top voters and supporters, I would be doing giveaways in my discord channel, so hurry up and join! [Read Author's obligatory review] ===== Discord Link https://discord.gg/U9H6HxkKmD ===== Support me and my novel: https://www.patreon.com/the_resurgent ===== P.S I don't own the cover. If owner has any issues, I can take it down.

Land of the Gods Chapters