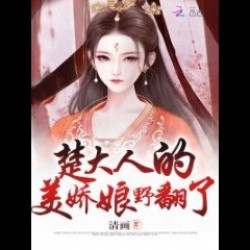 The prefect of Xuanyue Kingdom, Chu Sihan, became famous when he was young and handsome, but he was judged by the national teacher that he would not survive thirty, unless he married the Lu family daughter of Liuyue Village.Chu Sihan: “If I want to marry a girl I’ve never met before, I would rather be alone.”Lu Sheng, a modern monk who has gotten into a marriage contract as soon as he wears it, said: “In such a hurry to get married, you are almost always an old man.”Later-Master Chu Zhenxiang confessed: “Sheng Sheng, if you don’t marry me, I would rather be alone.”Lu Sheng, who only wants to make money and dreams of becoming the richest man: “Oh, Master Chu, you can be a bachelor for a lifetime.”Later–someone had a cold expression and directly forced him to the corner. He squinted his eyes and asked in a cold voice: “Marry or not? Marry, the entire Chu Mansion and I belong to you. If you don’t marry… then I will do it every day. Stop at your door.”Lu Sheng: “…”(Mengsao black prefect x honest and lovely wife)- Description from MTL