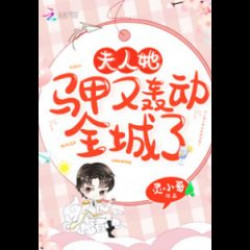 Qiao Nian has lived in Qiao’s house for 18 years, and his biological parents came to the door. All of a sudden, all the wealthy people around the city knew that Qiao’s family had a fake daughter!A true daughter is versatile, gentle and kind.Fake daughters don’t learn or know how to accomplish nothing.Everyone wanted to see how miserable she went back to Shangougou after being kicked out of the rich family!Qiao Nian also thought that his biological parents were from Luohe County, and they were poor teachers.Who knew that the car that my brother drove was a Phaeton, with 3 million naked cars!My father teaches at National Tsing Hua University, and the teacher is also called a professor!The top gangsters of the scum family knelt and licked at her grandpa and nodded and bowed…Qiao Nian:?enmm…This is not the same as saying yes!Freed from a group of scumbags, Qiao Nian she became herself.The college entrance examination champion, the live broadcaster, the heir of intangible cultural heritage…The vests are dropped one by one, and the hot searches around the city are one by one, and the faces of the parents of the scum, the scum, and the scum, are all green.The black fans are mocking: What is the use of selling people, it’s not just sticking to my brother every day.Qiao Nian: I’m sorry, I have a partner.Senior brother: Qiao Nian, let me introduce to you, this is my sister.Grandpa: Grandpa, what are you doing so hard? What kind of bicycles do you want? Grandpa will buy it for you!…The rich and powerful in Beijing are rumoring that Wangye has a wife who is hidden in the golden house. No matter how other people make a fuss, she never wants to bring it out to see people. Don’t ask, the question is the same sentence: “My wife is from the countryside and she is afraid of living.”Until one day, someone saw the prince who was always noble and cold, pinching a girl’s slender waist, blocking people in the corner of the wall, and muttering with crimson eyes: “Baby, when will you give me a position?”[Fake daughter, she is a real wealthy] + [Double bosses]- Description from MTL