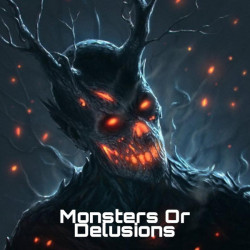 Daniel Storm was born with the core of the universe embedded in his heart. The core would make him strong for the sake of occupying the highest level as a ruling being. But even so, there was a task that he must carry, which was to protect creatures on earth from the attacks of monsters who wanted to rule in it. Hundreds of years ago Daniel Storm had an ancestor who was most feared by monsters. The ancestors were also the ones who could drive the monsters away to leave the earth. In the period after the death of Daniel's ancestors, the earth had lived in peace. However, Daniel knew that a big battle was coming back. Daniel had seen a monster was rising and trying to resurrect other monsters to return to attack human civilization and seize the core of the universe that was in Daniel's heart. ***Note: MOD has a rather slow plot ahead so that you know how Daniel's power develops and how great the core of the universe is when it's awakening. If you like fast plot then this story is not a cup of your coffee.Edited: I put a new additional chapter at the beginning of the story. Hope you guys like it. I suggest you read this above chapter 20 because you will find the tense fight there when the exact of the monster story will captivate you. But the first chapter will amuse you too. Thank you for reading