WuxiaWorld » The Irregular In Atg 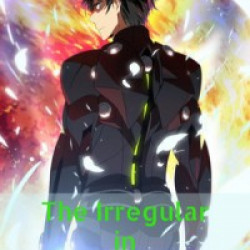 The Irregular In Atg summary:

Shiba Tatsuya could be called as the strongest Magician in existence. With his Divine Left, and Demon Right that could completely override the world's concept, he completely overturned the magic society, and was hailed as the "Mahesvara."His one last emotion, his love for his dear sister, was the only lifeline this world was holding on. Upon losing that last emotion, the world he was residing in, would surely be engulfed with his power. Power that was powerful enough to completely devour the planet into nothingness.And, that emotion died, as Tatsuya clutched her sister's head into his embrace. His face which was usually emotionless and stoic, now distorted into despair and sadness.Knowing that the world wasn't necessary anymore, he activated his magic, Demolition. And completely, destroyed the planet by converting it from mass into energy.Despite that, he found himself waking up into an unknown world, he was unfamiliar of. A world where psions (magical particles) doesn't exist, but where profound energy exists.Shiba Tatsuya now embarks into a new path, as he realizes that his lost emotions was now within him. He, who was bounded into chains since he was born, was now freed from those locks.The living God now walks together with the other material beings... with a pace that was faster than light, and strength that was strongest than a Magnetar Star.

The Irregular In Atg Chapters